[W]hat I was actually trying to communicate was that the vast majority of human beings on this planet remain susceptible to the virus. I believe what I said was that many studies had demonstrated that 10% or less of people had been infected, although that was very variable with some slum areas, high-risk populations like health workers being much higher.

Bio Energy Synthesis Technology is used to describe the programming procedure that is used for programming the Bio Energy patches. This process allows “sub-harmonic frequencies” to be imprinted into a Mylar material that contains carbon and crystalline elements, which is a perfect medium for programming information.

Because our body is a living organism, we attract low sub-harmonic radiation from the energy flux of the Bio Energy patch. When fully charged, the bio energy patches emit bio frequency energy to ‘resonate’ with the natural energy field in the body.

The patches are made from a specialized biofeedback material made of a poly/Mylar, carbon, crystalline blend, which was designed to hold and transfer RF (frequency), our Engineers built a device, called the (AFG) to program the material with beneficial frequencies to interact with the body’s Central Nervous System for beneficial results to the body.

The ANF ‘DISC’ is composed of a 28.4% carbon metal alloy. The manufacturer states that the frequency is embedded into it using an ‘Accelerator Frequency Generator’ (AFG) using ”coax cables attached to a large vacuum control box. This eliminates the interior atmosphere in the box down to 0.05 PSI during disc programming. This allows the AFG to send specific frequencies into the box without the normal atmosphere around then causing interference.

The use of the super heat treated activated carbon metal alloys has been described by Iqbal et al. (2019) as having excellent conductivity and high surface area … and an efficient energy storage material when used as a ‘super capacitor’.
Technology has come a long way very fast. With the use of nanoscale technology ANF presents a device that can store and emit a pre-programmed frequency once activated for a continuous 72hours. This separates it from other modalities that require an electrical source that create patient inconvenience as they are not ‘wearable’ like ANF.

There seems to be an awful lot of misconceptions and misinformation regarding the current Corona-virus pandemic. This is my humble attempt to compile a timeline which I feel is extremely important to understand how things unfolded. I also hope that this will help combat the ”alternative facts” that are floating around on social media.

Li Wenliang, 34,  an opthamologist working at Wuhan Central Hospital in December when he saw test results that showed that seven patients from a local market had been diagnosed with an unknown illness that looked a lot like SARS, the virus that killed 774 people across Asia in 2003. He posted a private message on WeChat. The message went viral, something that did not go down well at all with the local authorities in Wuhan.

The Taiwanese authorities send a question to the WHO, citing press reports. 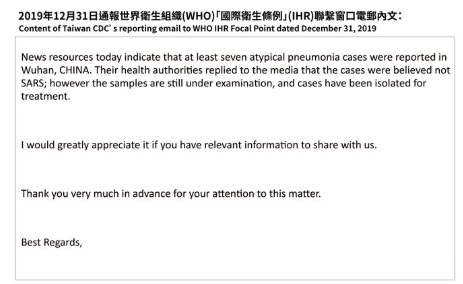 This email has subsequently been misrepresented as a warning.

The Wuhan Municipal Health Committee informed WHO of 27 ”cases of pneumonia of unknown etiology (unknown cause) detected in Wuhan”.

U.S. intelligence agencies were sounding alarm to the serious threat of the coronavirus in January and February.

WHO Tweeted preliminary info from the Chinese authorities:

Dr. Maria Van Kerkhove, acting head of WHO’s emerging diseases unit, told a Geneva news briefing that the agency had given guidance to hospitals worldwide about infection control in case of spread, including by a “super-spreading” event in a health care setting. “This is something on our radar, it is possible, we need to prepare ourselves,” she said.

Health and Human Services Secretary Alex Azar reportedly couldn’t speak to Trump about the virus until a Jan. 18 call. During the conversation, Trump reportedly interrupted Azar to ask about vaping. “Donald Trump may not have been expecting this, but a lot of other people in the government were—they just couldn’t get him to do anything about it,” one official told the newspaper. “The system was blinking red.”

Cases reported from Japan, Thailand and the US

US puts in travel restrictions following WHO declaration. This was far from a ban as approximately 40 000 US Citizens were able to fly in from China. Research shows that travel restrictions have a limited effect and initially only, but it is possible that the restrictions managed to slow the spread, somewhat.

Li Wenliang was exonerated by the Chinese Supreme People’s Court and the local Wuhan police reprimanded.

WHO Situation report 35. It is now pretty clear that this will be worldwide.

“The Coronavirus is very much under control in the USA. We are in contact with everyone and all relevant countries. CDC & World Health have been working hard and very smart. Stock Market starting to look very good to me!” — Trump in a tweet.

We did not find a statistically significant elevated risk of POI after HPV, Tdap, II, or MenACWY vaccination in this population-based retrospective cohort study. These findings should lessen concern about POI risk after adolescent vaccination.

Photo by Canva Studio on Pexels.com

Although the figures that are presented in the article may well be correct, their interpretation is grossly misleading. Already the title is misleading because the rates of brain tumor are not increasing in the Cause of Death Register. The reason for the rise of the subtype of brain and CNS tumor rates of unknown type is known and documented in the open literature. The authors actually mention themselves the close correlation between the trends of the unspecified and the malignant tumors in the Cause of Death Register, but choose to disregard it in their interpretation of data. 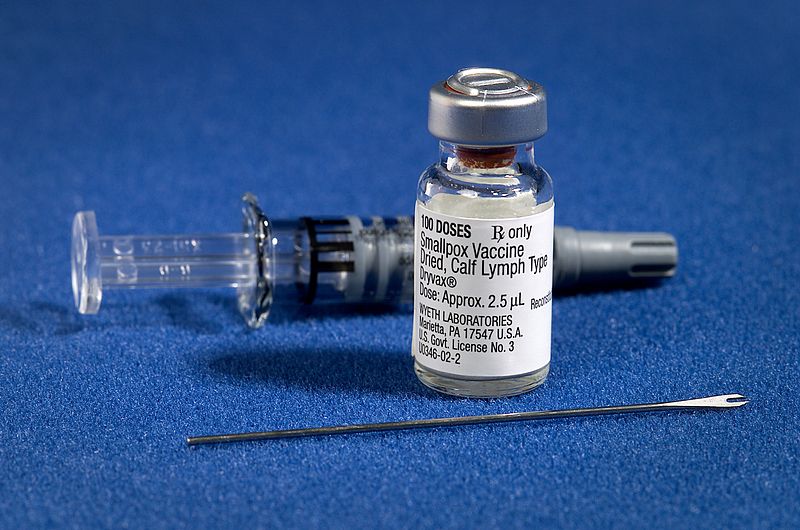 Most, but not all, influenza vaccine still contains Thimerosal.

Thimerosal, used to prevent contamination of multi-dose vials of vaccines, contains mercury. California law prohibits administering mercury-containing vaccines to pregnant women or to children younger than three years of age. All routine vaccines are available in formulations that meet the law. 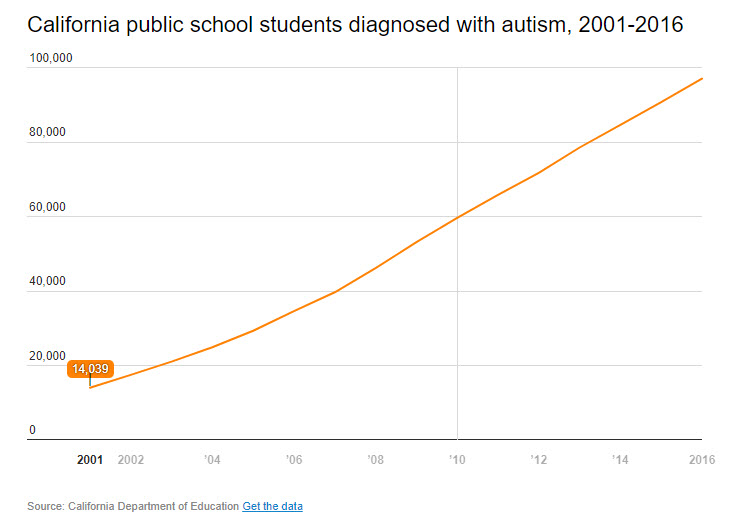